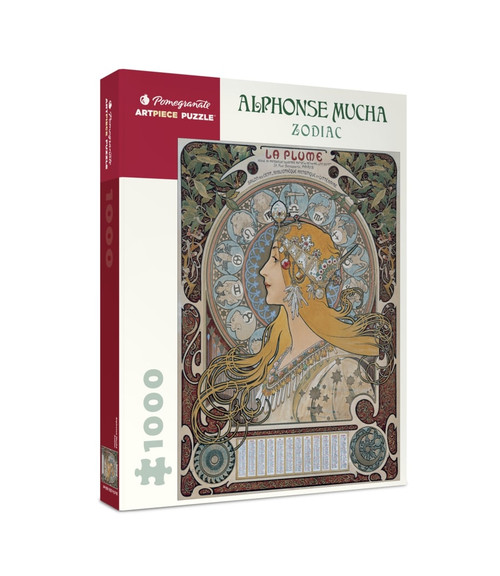 In December 1894, Alphonse Mucha (Czech, 1860–1939) launched Art Nouveau as a graphic form. He did so under pressure: actress Sarah Bernhardt had commissioned a poster for a new play and gave Mucha less than a week to have it designed, printed, and on the street. His resulting Gismonda poster was executed in a groundbreaking decorative style featuring sinuous lines, natural forms, and women in stylish, flowing attire. The world greeted it with delight. Famous overnight, the artist worked prolifically in his self-invented genre, enjoying huge commercial success without, somehow, ever getting rich. Countless posters (for exhibitions, Champagne, soap, bicycles, and cigarettes) followed, as did magazine covers, books (both written and illustrated), postage stamps, postcards, and even bank notes for his beloved Czechoslovakia.