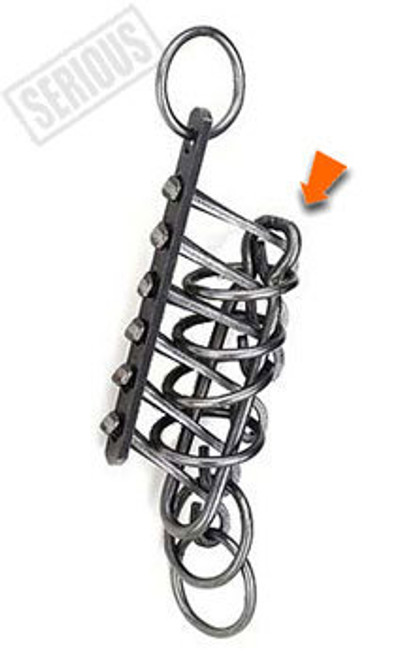 Object: Remove the shuttle; the long, narrow loop can be completely separated from the rest of the puzzle.

Constructed out of nails made in New England on a machine that has been in use since the Civil War era. Patience Puzzle is more a mathmatical puzzle than the other Tavern Puzzles. It has 43 steps, but only a few basic moves. The secret to solving it is discovering the correct sequence.

The solution is shown in the video below: